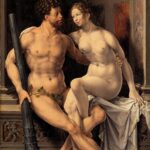 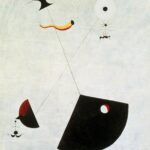 After a lifetime of study Durant concludes the only consistent idea of beauty in nature and for humans is the opposite sex. He also admits to a bias in favor of or art prior to the twentieth century. His distaste of modern art is its revolt against beauty where his criticism is severe, “Any art that has no ruling form is the empty vanity of an undisciplined mind “31 He believes “the essence of art, as of beauty, lies not in content or elements but in structure and form.”32 He does however appreciates modern architecture where he agrees with Louis Sullivan that “form must follow function.” As for the place of art versus science in civilization he adds “Art without science is poverty and science without art is barbarity. Let every science strive to fulfill itself in beauty or wisdom, and let us rejoice when a science becomes an art.”33 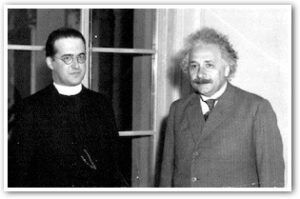 Durant appears to have a great respect for science and its accomplishments, its commitment to the advancement of human knowledge. However, he has some concerns. As a lay person, he sees scientists, whose specialized knowledge is seemingly inscrutable for most of us, as the new priesthood. We must accept their pronouncements on faith, and like religion in the past, science is used as such by government. He honors their discipline in truth-seeking, but expresses skepticism as to its uses citing the examples of the machines of war and the pollution of industrialization. He argues for the need of wisdom in addition to knowledge.

He distills his theory of education to the following points: (1) “That education is of most worth which opens to the body and the soul, to the citizen and the state, the fullest possibilities of their harmonious life.”34 and (2) Education is the perfection of life – the enrichment of the individual by the heritage of the race.”35 He thus believes that a rounded education should emphasize health, cleanliness, character, and self-discipline – all of which he would teach each of the first 15 years of schooling. He would put more emphasis on human association, especially friendship and on Nature, and athletics. He would focus historical studies on the remarkable cultures and literature of ancient Greece and Rome. He would limit education on art and music to those who show interest, but of course believes everyone needs education on science, history, and philosophy. He would delay specialized training until after college.

Durant has written so much on history that I believe only some choice pearls are appropriate here. The reader should consult the book for more details.

“A wise man can learn from other men’s experience; a fool cannot learn even from his own.”37

“History finds that human nature is essentially the same…”38 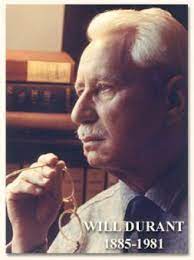 While On Death is the fifth of the 22 chapters, thoughts on death are logically the ultimate ones so I end here. What does a man whose life was devoted to the understanding of human existence and civilization think of his own death? I allow him to speak for himself:

“I am quite content with mortality; I should be appalled at the thought of living forever, in whatever paradise. As  I move on into my nineties my ambitions moderate, my zest in life wanes; soon I shall echo Caesar’s Jam satis vixi – ‘I have already lived enough.’ When death comes in due time, after a life fully lived, it is forgivable and good. If in my last gasps I say anything contrary to this bravado, pay no attention to me. We must make room for our children.”40