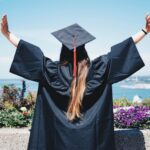 The last of our success factors is intention. Failure to specifically choose a social purpose or goal or to plan its fulfilment leaves one in limbo as to whether any accomplishment no matter how great will provide the subjective sense of meaning that an intentional purpose offers to one’s life. For most of us this decision will occur as we emerge from adolescence into young adulthood and comes down to choosing a profession.  For many of us the choice we make at the end of secondary school or in college as we pick a major or decide on post-graduate training may feel pressured, hurried, or even artificial. We may simply lack the time or maturity to define our desired social purpose at that point in our lives. In that case, a different route may be pursued at a later time in life. 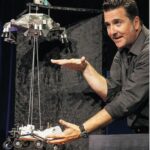 Consider Adam Steltzner, an underachieving high schooler, college dropout, and  small time bass guitarist, who noticed the constellation Orion had moved between the start and end of a gig one night, became curious, returned to college to find out why, and ended up with a PH.D, in engineering mechanics before joining NASA’s Jet Propulsion Laboratory and designing and building the landing system for the Mars Curiosity rover.

It is worth noting that accidental or incidental societal purpose is possible, if less reliable. One may choose a field of endeavor which seems inconsistent with the larger impact we hope for, but which morphs into exactly that. As a historical example consider Ulysses S. Grant, a graduate of West Point who served in the Mexican-American War (which he personally scorned) before being transferred to a remote post in the West and finally resigning from the army in 1854. 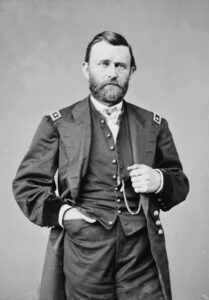 He lived in poverty and ended up a simple store clerk until the Civil War broke out in 1861. He joined the Union Army and within three years rose to lieutenant general (the first in the U.S. since George Washington), becoming the most important military figure in the Union defeat of the Confederacy. After Lincoln was assassinated, General Grant defied President Johnson using the Reconstruction acts, passed over Johnson’s veto, to enforce civil rights. Later as President, Grant stabilized the post-war national economy, supported Congressional Reconstruction and ratification of  the 15th Amendment, and crushed the Ku Klux Klan. Under Grant, the Union was fully restored, and he appointed African Americans and Jewish Americans to prominent federal offices.5 Grant shows how one’s career – even an apparently blighted one – can lead to an unexpectedly fulfilling purpose.

In summary, societal purpose is critical to a meaningful life, but typically precarious, thus we need to attend to any opportunity to increase the odds of success. In general, this starts with a calculated choice and a decisive commitment. One must not abandon one’s goal too readily; imagine if Ms. DiCamillo had decided to quit trying to get her stories published after 200, 300, or even 400 rejections. Flexibility and necessary revisions tied to realistic expectations are usually necessary, but planning and gritty determination can overcome the drift into despondency and feelings of futility and failure.