Our third success factor is flexibility. No matter how carefully we formulate our path of societal purpose, inevitably we will face  unforeseeable obstacles. Take Michelangelo whose lifelong passion was sculpture, but whom Pope Julius II commanded to paint the ceiling of the Sistine Chapel in 1508. Michelangelo protested, “This is not my trade”2  and recommended Raphael without success. After four years of toil mostly on his back, recurring arguments with the Pope on composition and technique, and immense pressure to finish the work, the result was a medley of superb paintings which in the words of Will Durant, “taken together… constitute the greatest achievement of any man in the history of painting.”3  Anyone who has seen this remarkable masterpiece, and uncounted millions have in the last 500 years, can attest to the indescribable  awe one feels,  particularly of God creating Adam at the electrifying moment of the near touching of human and divine fingertips, and the unforgettable and gruesome Last Judgment. Michelangelo’s resourcefulness, adaptability, and sheer vision led to one of the most powerful artistic legacies in the history of Western civilization.

The fourth success factor is enjoyment, that is, success is more likely if one chooses work one finds enjoyable that can serve as societal purpose. In The Time of Our Lives, Mortimer Adler tells us while a portion of the life of most people involves ‘subsistence-work’ meaning work done to earn a living, we should avoid an occupation consisting mainly of drudgery which is fatiguing and painful and reduces the quality of our non-work life. 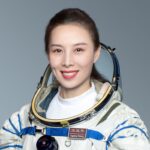 Instead choose an occupation that consists mostly of ‘leisure-work’ meaning “a useful activity serving an end beyond itself, producing an extrinsic result that is desirable… Not health and vigor, nor wealth produced, but human improvement, individual and social, is the end this activity aims at.”4  And should one be forced to do unfulfilling work for a living, choose the highest compensated work possible to permit more leisure time at a later date when non-income producing leisure-work can be expanded.

The fifth factor in success is realistic expectations. No one human being could drag mankind out of superstition to the scientific method.  Aristotle, a reasonably candidate for the greatest mind ever, developed early understanding in a multitude of fields: logic, ethics, physics, biology, political science, meteorology, and metaphysics. In physics, Aristotle got some things wrong such as the laws of motion which were more accurately described nearly 2000 years later by Isaac Newton. However Aristotle seemed to recognize the limits of the physics of his time and hinted future scientists would uncover more accurate laws to explain what he could not. 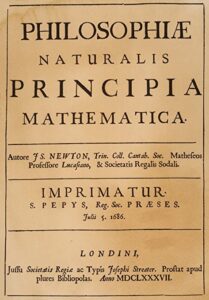 In turn, Newton discovered the quite accurate laws of gravitational attraction but recognized he could not explain gravity itself. It took another 300 years for science to advance to the point where Albert Einstein could reformulate our understanding of gravity based on relativity and the space-time continuum. Each successive genius recognized realistic limits on his ability to describe reality and the possibility of greater clarity future generations of scientists would develop.