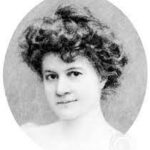 “It was not the matter of the work, but the mind that went into it, that counted – and the man who was not content to do small things well would leave great things undone.” – Ellen Glasgow, The Voice of the People.

Last time I ended on the daunting if optimistic note that the final touch on a meaningful life may be completion of one or more objectives within the larger world of sufficient magnitude to meet one’s own standard of significance for self-validation. Alternatively we might say that eudaimonia entails self-actualization within the human community. Such a profound pronouncement begs for additional clarification, which is the subject of today’s essay. What types of roles or accomplishments make up the universe of possibilities? For this blog, the answer must be general, so do not expect specificity in what follows.

As we think through the potential roles that fulfil authentic purpose they fall into groups we can roughly rank in terms of increasing significance but typically decreasing tangibility: