“The question,‘What is the purpose of human life?’ has been asked times without number; it has never received a satisfactory answer; perhaps it does not admit of such an answer.”– Sigmund Freud, Civilization and Its Discontents.

On this site, I have positioned purpose as the second of four components of a meaningful life following virtue, and in the last two sections have assessed purpose at the level of internal and proximate reality. Some readers might protest that the concept of purpose vis-a-vis a meaningful life usually connotes something larger than is possible at the level of the individual and his or her direct contacts. Aren’t we thinking of some greater accomplishment or endeavor when we use the word ‘purpose’? The answer is, I believe, yes, and yet it seems disingenuous to suggest one’s purpose does not include striving to be the best person possible, making a good life for oneself and for the people in our lives, and integrating our observations of personhood and the example of others in understanding the human condition and our place in the universe. As in the case of ethics, purpose manifests most tangibly at the closest levels of reality. 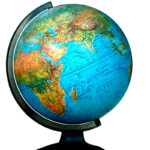 Nonetheless, higher purpose is usually sought at the next tier up, cultural reality, a term I defined as the social, political, and historical facets of reality. It differs from the earlier strata in that for the most part we do not directly perceive what happens within our community or country, in the realm of politics, in the international arena, or in the historical context of the world. Rather this reality comes to us second hand, typically from the testimony of others, either in person or more commonly through print and other media. It includes most literature and art, myth and historical ‘fact’, and even philosophy itself. It is more fluid and more abstruse than internal and proximate reality. It is loosely equivalent to the idea of human civilization.

In short, purpose in the cultural realm refers to one’s significance or role in the larger world. It is the answer to the very difficult question, “What am I uniquely positioned to do in society, or to advance civilization, or for the future of humanity?” It should come as no surprise that the answer is elusive or even, as Freud suggests, that the question admits of no answer. Still this section will attempt to delineate an approach anyone can use to find our way through the muck of mechanical purposelessness of the unexamined life.