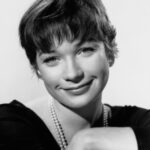 “The more I traveled the more I realized that fear makes strangers of people who should be friends.”– Shirley MacLaine.

We return now to proximate reality and purpose where we have already considered romantic interests, family, friends, and acquaintances. The final category of others at this level is those unknown to us, but upon whom we happen – strangers. Three subtle distinctions justify rehearsal here. First those we never meet are indeed traditionally considered strangers, but as they never cross over into proximate reality; they are more appropriately included in my next level of reality – societal reality which includes the majority of humanity that we simply never have a chance to meet. Second, all direct relationships (perhaps excluding family) were once strangers with whom our lives became entwined. Third, ‘strangerness’  is reciprocal – a person who is a stranger to me alike considers me a stranger. For this blog and the ones that follow, I wish to look at the purposeful aspects of initial meetings with others whether a single occurrence or followed by the development of a greater relationship; and the significance of ‘strangerness’ in the spectrum of life.

The domain of stranger is a two sided coin. On the positive side are propriety, charity, diversity, and the potential for future relationship; on the negative are unsociability, xenophobia,  estrangement, and alienation. It is these aspects of the idea of stranger that I seek to collate with the purposeful life.

We have already looked in detail at propriety in the section on virtue.1 Strictly speaking, propriety is not ethically based, but imposed by societal norms. Such norms evolve to maximize the happiness  or at least diminish unease of others and thus reciprocally benefit ourselves. As such appropriate demeanor and etiquette facilitate the purpose of making good lives for oneself and for others. Confucius is the archetypical philosopher-guide on propriety in the meaningful life. 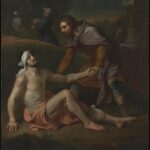 The biblical tradition offers the summit of thought regarding the welcoming of strangers and the place of charity towards them. The New Testament includes several examples on how we should interact with unfamiliar person. Matthew 25:35 says, “For I was hungry and you gave me something to eat, I was thirsty and you gave me something to drink, I was a stranger and you invited me in.” St. Paul commands in Romans 12:13, “Extend hospitality to strangers.” But the best and perhaps most instructive example is the parable of the Good Samaritan (Luke 10:25-37) wherein a traveler is robbed, stripped, beaten, and left for dead on a road. A Jewish cleric and then a Levite pass by uncomfortably and distance themselves from the stranger. Then a Samaritan (a group usually despised by the Hebrews) stops to help the unfortunate stranger.  The lesson is poignant, how we treat strangers is the measuring rod of divine judgment. In fact the treatment of strangers seems to me to be the defining principle and great human legacy of Christianity.