“The things which the child loves remain in the domain of the heart until old age.” – Kahlil Gibran.

In the first two parts of family as the object of externalized purpose, we considered the formation of a nuclear family through permanent coupling and procreation and the metaphysical, ethical, psychological, practical, and theological dimensions of meaning of the extended family. Today I wish to take a step aside and look at the thoughts of some eminent 20th century non-philosophers who gave family a prominent place in response to a request for an “informal intellectual and spiritual” testament on their own philosophy of life. 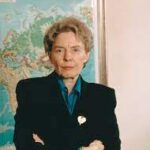 We start with Jean Kirkpatrick, the first woman to hold the post of the United States representative to the United Nations (under Ronald Reagan). She believes purpose is commitment – “to family, country, friends, work, standards of civilized behavior, and God,”1 A meaningful life she tells us is the fulfilling of these commitments. Families for her are, “of course, reinforced by powerful emotions, and by a cluster of socially defined duties and obligations, and linked to territorial and property arrangements…These obligations are a function of time, place, and circumstances. They are contextual, part of a particular person’s interlocking relationships.”2  She particularly singles out caring for the young who she has bourne – noting that “by the time we ask why – we have already formed attachments… Ignoring those duties threatens the web of meaning which sustains us, renders actions arbitrary, and finally makes life impossible.”3 She does not believe fulfilling commitments depends mainly on specific talents or abilities, but rather on character, that is, one of virtue. Such character is each person’s primary achievement in a meaningful life. 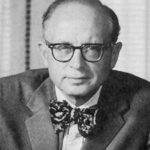 Daniel Boorstin, the great American historian, echoes Kirkpatrick in highlighting commitment which he thinks is “another name for love.”4 We can never understand the reasons for this love nor properly discharge in full the duties we have to our children. He warns that while we cannot help but share our convictions and suspicions about the future with our offspring, the greater purpose is in helping them avoid our mistakes and permitting their own development. Elie Wiesel, a concentration camp survivor and Nobel Peace Prize laureate, is more poetic in his hope: “We bequeath to them [our children] our memory, may they make of it a testament.”5