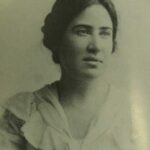 “I think the primordial reason of living is love. Love for the family is the best known and the easiest.” – Gina Lombroso, 20th century Italian physician and writer.

Last time we looked at the formation of a family through permanent coupling and procreation and ended on the note that family is traditionally considered more extensive than spouse and children. As adults many of us have living mothers and fathers, brothers and sisters, uncles and aunts, grandparents and cousins. These relationships are fundamentally different from spousal and parental ones but become increasingly purpose filled as we mature. On thinking long about this, it seems to me a discussion of family purpose breaks into five parts:

We start with the fundamental nature of existence – dualism versus materialism. Plato argues that humans have a soul, but that a soul is singular and unbreakable. Thus while the physical body of the child may share contributions from both parents, the soul is of another origin and occupies the body temporarily. In an earlier section, I dismissed the human soul as separate from the body, rather reflecting the non-physical manifestations of selfhood, will, and mind. Nonetheless as one contemplates purpose at the level of family, especially parents, it is worthwhile to recognize  metaphorically Plato’s teaching, that is,  the physical part is wholly the contribution of the parents while the non-physical part as independently formed and of more obscure origin.

A second metaphysical dimension is free will and fate. Clearly we lack the freedom to choose to whom we are born and to which biologic family we belong, but we exercise free choice in later association with and closeness to family. There is also the issue of fate – each of us more or less fortunate in the family we were born within, and even tied in some cases to the unpredictable future of our clan. At a minimum there is biological fate, the inheritance of certain physical traits and potential medical conditions.

Third there is the issue of identity. This seemingly internal enigma of what makes for the continuation of myself bleeds over into the family. Does the family play a part in my identity? Do we share some level of identity, or is complete disassociation possible or even healthy for us? Purpose springing from one’s perceived identity extends outward to our origins and those who claim us as one of them. 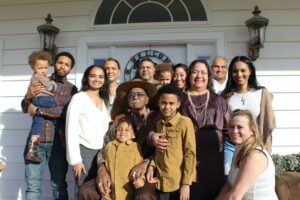 We grow up in an immediate family whose older members grew up in an immediate family that includes our more distant relatives creating overlapping ethical beliefs. Shared values are the glue that holds the extended family together. Purpose and thus appropriate conduct for the individual is guided by many of those values including one of the most important – what value is placed on the family itself and on familial relationships. From this arises an unwritten understanding – we must contribute as possible to the good life, personal improvement, happiness, and meaning of recognized family members. In turn we expect or hope for their reciprocation.