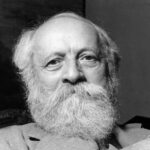 “Every single man is a new thing in the world, and is called upon to fulfill his particularity in the world.” –Martin Buber, I and Thou.

We have seen that a meaningful life starts with the decision to choose a life of virtue or moral excellence. However in all likelihood when you ask yourself what is the meaning of life, you intend a query more akin to “Why am I here?” or “What is the purpose of my life?” Perhaps surprisingly, philosophers speak much more of virtue than they do of purpose. I think that is because the word itself is vague, oversized, or implies an intention of a Creator. Today I wish to introduce this topic by clarifying its use on this site,  sorting through some of the nuances of the idea of purpose as it applies to a meaningful life, and then outlining the course we will follow.

Let’s begin with the definition which we discussed in an earlier post on Teleology1. According to Webster’s, “purpose” is “the reason for which something exists or is done, made, or used; an intended or desired result, end, or aim” or loosely “why” we exist. 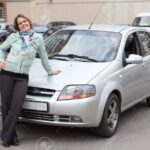 Now for many things the “why” can be determined, for example the brake on your car exists to stop the vehicle, and this could be determined through careful study by any intelligent being who looked closely enough. The same can be said of the car itself; it exists to transport persons or things from one place to another.

When we look at a human being, asking about the purpose of a part, such as the kidney or liver, also appears to be a coherent question – typically answered by a scientific analysis. However it is unclear whether the question of why a human being in his or her totality exists has a scientific answer and indeed many argue the question lacks coherence at all. We will take this up in a later blog.

With regards to the meaning of life, we deploy a modified version of the second aspect of the dictionary definition so that the question of one’s purpose, we hope, is converted into the more cogent question “What is the desirable result, end, or aim of my life?” It is a reply to this understanding that makes up the majority of this section. Also since any answer refers to conduct, the reader sees the necessity of our prior discussion of ethics and virtue in a final answer. The outline of this section follows:

Next time we pick up with the distinction of various terms related to purpose such as role, calling, and mission. Join me then.