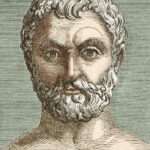 “Of all things that are, the most ancient is God, for he is uncreated.

The most beautiful is the universe, for it is God’s workmanship.

The greatest is space, for it holds all things.

The swiftest is mind, for it speeds everywhere.

The strongest is necessity, for it masters all.

The wisest, time, for it brings everything to light.” – Attributed to Thales by Diogenes Laertius.

In earlier sections we have considered extremes of virtue at different levels of reality, for example, the saint and the hero as extraordinary examples of virtue towards others and the great leader with his or her staunch moral compass as the paradigm of societal virtue. We also analyzed the role of the sage and I proposed as the standard, perhaps the most influential man in history, Confucius.

A second Chinese sage, Laozi (previously Lao Tze or Lao Tzu), represents for me the archetypical cosmic sage. His teachings embodied a protest against the times he lived in; particularly the poverty and starvation resulting from the poor decisions of contemporary rulers whose greed, wars, desire for power and wealth and glory brought destruction to society. Whereas Confucianism in general defaults to the goodness in man and a humanistic view, Laozi emphasizes the harmony of nature and a cosmic perspective. Life for Laozi is best when it is simple and unregulated allowing things to perfect themselves naturally. 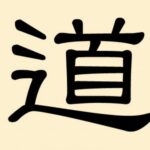 To summarize Laozi’s Daodejing (previously known as the Tao Te Ching) is arguably a disservice to the reader given on-line versions of this brief work are readily available, and it defies even a skilled writer’s effort to match the beauty of the original words (my skill being limited in any case). Nonetheless some comments are essential to understand the profound wisdom of Laozi for those who may forgo it. For those who have the time to read the text, I urge you to skip the rest of this blog and the one that follows and proceed immediately to it.

Daodeching literally means the book of dao and de – reasonably but arguably translated as ‘the way’ and ‘virtue’ respectively. But Laozi is very subtle, warning us that any definition of dao is suspect, even specious. To some experts it refers to reality, to others being, and to still others the universal order. Clearly, at a minimum, he uses the word to refer to the way of nature and the universe ruled by a self-enforcing law of uniformity and manifested in a binary realm of opposites. His approach is mystic and best understood through paradoxes. The  Nameless is the origin of Heaven and Earth; The Named is the Mother of All Things.”1