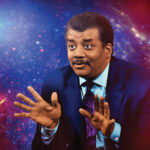 Last time I talked about the cosmic perspective as espoused by the Stoics and Confucius. Today we fast forward to contemporary cosmology.  Neil deGrasse Tyson starts his book, Astrophysics for People in a Hurry, with a chapter he titles The Greatest Story Ever Told in which he recounts the history of the 13.9 billion years of the universe in 17 pages (about 1500 words). We are incredibly fortunate to have such advanced knowledge of the cosmos to incorporate into an understanding of our own existence as we seek a meaningful life. The chapter ends: “What we do know, and what we can assert without further hesitation, is that the universe had a beginning. The universe continues to evolve. And yes, every one of our body’s atoms is traceable to the big bang and to the thermonuclear furnaces within high-mass stars that exploded five billion years ago. We are stardust brought to life, then empowered by the universe to figure itself out – and we have only just begun.”4 This seems to me to be a highly philosophical, even poetic, assessment of cosmic reality. 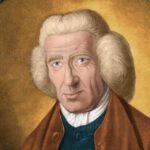 His concept of the cosmic perspective is the subject of the last chapter of the book.5 It starts with a quote by James Ferguson, an 18th century astronomer, “Of all the sciences cultivated by man, Astronomy is acknowledged to be, and undoubtedly is, the most sublime, the most interesting, and the most useful. For by knowledge derived from this science, not only the bulk of this Earth is discovered…but our very faculties are enlarged with the grandeur of the ideas it conveys, our minds exalted above [their] low contracted principles.”6 Tyson sees the cosmic view as mind altering and life changing. Seeing the Earth from space undermines the provincial sense most of us have that the world revolves around ourselves. If all people had an expanded view of our place in the cosmos, instead of destroying each other we would celebrate our differences and solve the problems of the world. We would recognize that we participate in “a great cosmic chain of being with a direct genetic link across species both living and extinct”7 and thus transforming our view of other living creatures.

The cosmic perspective instills a wisdom in us that identifies our place in the universe. The result is humility, spiritual redemption, increased creativity, appreciation of others, gratitude towards Earth, acknowledgement of the beauty of the cosmos and its governing laws, kinship with everything within the universe, and self-transcendence. He closes by recommending what I suspect is the greatest cosmic virtue of all – the regular and frequent contemplation of cosmic truths.

Cosmology and the cosmic perspective are for me the summit of human virtue, a return to the Hindu mystics’ extraordinary discovery, Atman is Brahman, meaning the inner self and the cosmos are one. Human excellence I believe will always lead to this final truth.