Having diagnosed the diseased ethic of Western society vis a vis Nature, the indigenous American peoples offer a therapeutic approach which McGaa calls Nature’s Way, a spiritual path that relieves our alienation and leads to our conservation of the environment and honoring of Nature. It consists of two parts: (1) learning from the habits and aptitudes of animals and (2) defeat of the Blue Man or self-interested humanity. 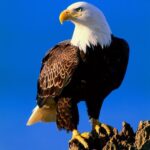 The first part entails respect for Wamakaskan or the animal world. Native peoples believe the Creator favors diversity and that animals are our peers. Animals are entirely truthful in their consistent practices especially in their avoidance of overpopulation and as such serve as symbols of virtue. For example, the eagle with its superb vision and lofty realm make it the great observer of nature. Humans can extract from that model a pattern of heightened observation by increasing exposure of our senses to nature, from the wisdom of the elders, and even from the study of science. McGaa posits other animal symbols including: the bear, the lion, the wolf, the orca, the owl, and the tiger which symbolize preservation, balance, the one among many, intuition, seeking of truth, and striving for freedom respectively.

The second part of Nature’s Way is the transformation of the Blue Man (self-interested humanity), and his ‘four horses’ or threats to Mother Earth as envisioned by Black Elk. Again using symbols McGaa chooses the cottonwood treat for the yellow horse or heat and climate change, the deer for the black horse or thinning of the atmosphere (the ozone layer), 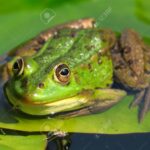 the buffalo for the white horse or ‘gone’ as in overexploitation and species extinction, and the rat for the red horse or the ‘too many’ meaning human overpopulation. The red horse seems to be key; he notes the Iroquois have a saying, “The frog does not drink up the pond in which it lives.”8 Can the same be said for us?

The philosophy of native peoples is full of metaphor and primitive wisdom not unlike Eastern philosophy. However it adds a powerful message of man’s place within Nature and of his responsibility to align his interests with those of all living things and the Earth. As John Trudell, Santee Sioux, tells us: “We must go beyond the arrogance of human rights. We must go beyond the ignorance of civil rights. We must step into the reality of natural rights because all the natural world has a right to existence. We are only a small part of it. There can be no trade-off.”9

Next time I will try to bring together the principles of land ethic, Christian creation care, and native American wisdom into a program of virtuous relationship with Nature and the environment.