“Since we have to combat nature or society, we must choose between making a man or making a citizen- we cannot make both.” – Jean Jacques Rousseau 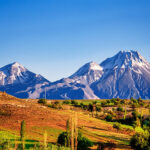 Of course Nature consists of more than animals, and the virtuous person must master relationship with the entirety of Nature. Philosophy of the environment is one of the newest area in ethics and I would like to think through various writers before a synthesis. We start with J. Baird Callicott1 who, following Aldo Leopold, calls environmentalism LAND ETHICS in contradistinction to ETHICAL HUMANISM which presupposes a special status of humans and HUMANE MORALISM which assigns humans and animals equal but greater status than the environment. The focus of land ethics – what is good for the ‘biotic community’- is surprisingly dissimilar to animal rights thought. Instead of worrying predominately about domesticated animals, land ethicists are concerned about air, soils, waters, and plants in addition to wild animals specifically. Quoting Leopold, land ethics “changes the role of Homo sapiens from conqueror of the land community to plain member and citizen of it.”2 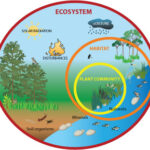 Callicott believes the alternate moral systems are atomistic and axiologic, evaluating entities piecemeal while land ethics is holistic and functional  – a system of duties to the biome as a whole. It begins with Leopold’s categorical imperative: “A thing is right when it tends to preserve the integrity, stability, and beauty of the biotic community. It is wrong when it tends otherwise.”3 The summum bonum for the land ethicist – i.e. the integrity, stability, and beauty of the biotic community – is not an instrumental but an intrinsic good. Land ethics does not devalue the parts of the ecosystem, but instead provides a means or standard by which to adjudicate contradictory interests.  The immediate beneficiaries are wild animals, plants, mountains, rivers, seas, and the atmosphere while domesticated species justify reappraisal. Callicott considers wild animals superior to domestic varieties due to the latter’s dependence on humans. Liberating domestic animals would be meaningless as most would be unable to survive although some might return to wild status (like mustangs in the West). 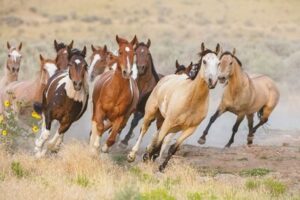