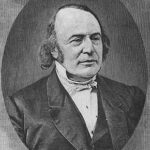 “The study of Nature is intercourse with the highest mind. You should never trifle with nature.” – Jean Louis Rodolphe Agassiz.

The path to cosmic virtue begins with the attitude or approach one takes to cosmic reality. We have seen that the three dimensions here are Nature, Science, and the Universe. While the virtuous approach to them is similar, the distinctions are significant enough to justify separate analysis.

Determining an approach to nature is complex, starting with the question – are humans and civilization part of Nature or separate from it? According to a literal interpretation of the question, of course human beings and society are simply a portion of the greater world, that is, a part of Nature. In the symbolic sense, the picture is less clear. Nature appears to be guided by chains of conscienceless causation and instinct, while human behavior and creations are the product of reason and rationality. Expansion in Nature is checked by responses within Nature whereas human expansion is virtually unlimited due to our intellectual capacities.

However even if we grant this distinction isreal, the overlap is undeniable – consider domesticated animals and plants. 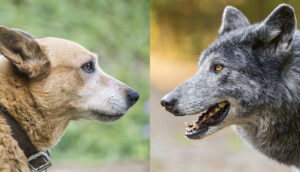 Is your pet dog a part of the human world while the wolf is not even though they are the same biological species? Is a fir tree in my yard part of nature or part of a civilized garden despite being the same genetically as a fir in an uncut wood? Are a wheat field in Kansas, a sunflower farm in France, or a forest of trees planted by a lumber company nature or not as we gaze on their beauty?

I am not sure the philosopher can resolve this issue convincingly, but I suspect most of us would concede that when humans exist harmoniously with other species in the biosphere, they are most a part of Nature, and when they are separated within places excluding most living things and surrounded by manmade structures, they become fundamentally disconnected from Nature.

Now I will risk a philosophical leap – cosmic virtue includes the recognition that we are fundamentally attached to Nature, partly because it is our essence as biological organisms who evolved naturally, and partly because at the end of the day we depend on Nature for our existence and our future as a species. In a sci-fi, futuristic world with no other living things, we will still require clean water, breathable air, and the matter and space the Earth provides for us and our manufactures in order to continue as a species. Still most of us would consider that vision as dysphoric, thus at a minimum we must care enough about other living creatures and the environment to avoid that horrific scenario.

So what attitude should we have given this analysis? I think the answer is the practical philosopher will have reverence for Nature and respect for other living things. Needless harm to either falls within our definition of evil, while exploitation must be limited by meticulous ethical justification. Reverence also entails an aspect of communion with Nature.