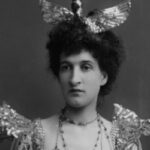 “The first element of greatness is fundamental humbleness (this should not be confused with servility); the second is freedom from self; the third is intrepid courage, which taken in its widest interpretation, generally goes with truth; and the fourth – the power of love – although I have put it last, is the rarest.” – Margot Asquith.

Last time we looked at the paradigm of the leader or the great person as personification of extraordinary social virtue in the meaningful life.  One means of further understanding this possibility is by consulting historians on the nature of enduring significance of great political figures of the past. Perhaps we can make our lives more meaningful by learning from their analysis.

The great and noble Prince displayed

The sense of right in all he wrought:

The spirit of his wisdom swayed

Peasant and peer; the crowd, the court.

So Heav’n, that crowned his sires, restored

The countless honors they had known;

The Mandate gave to mount the throne.2 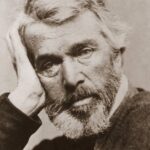 In the 19th century Thomas Carlyle proposed the key figure in history is the divinely inspired hero-king. He is not speaking of a hereditary monarch, rather references the Anglo-Saxon word for king, Konning, which translates as the “Ablest Man… the truest hearted, justest, the Noblest Man.”3 Society must find these individuals, accept their imperfections, and constrain them by laws meant for all. For Carlyle, the decisive forces in history are the great individuals; every period in history has its superlative persons who can “take the helm and convert chaos and destruction into something meaningful and worthy.”4

For Will Durant, social evolution plays out on a stage where custom interacts with innovation. Here enters the ‘initiative individual’ or great person as a formative force in history. In situations requiring a new response, their ideas and action propel them to a level of immense power and influence. Events take place through them and around them and are incorporated into the course of history. The submissive majority unites with masterful individuals to create the order and workings of the society. According to Durant, history in the large is the success of these great individuals facilitated by the support of the ‘imitative’ majority.5