In our discussion of social virtue, last time we examined the critical internal characteristics – goodness and honor – and the first two aptitudes – recognition of duties and a moral compass. The third aptitude is fortitude, meaning the will, discipline, and endurance to complete one’s assumed duty or chosen service. The socially virtuous person must have the mental and emotional strength to face the difficulties, adversity, danger, and temptations inherent in such tasks.

An example of fortitude that I find particularly poignant appears on the website https://virtuefirst.info/ which I reproduce here: 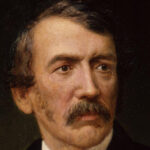 While on a missionary trip in remote Africa, Dr. David Livingston had an organization in England that wanted to send him some assistance. The leader of the organization wrote him and asked, “Have you found a good road to where you are? If so, we want to send some men to join you on this mission.” Dr. Livingston wrote back, “If you only have men who will come only if they know there is a good road, I don’t want them. I want men who will come even if there is no road at all.”

The last aptitude essential to social virtue is prudence or practical wisdom, terms that encompass the experience, judgment, intelligence, and know-how needed to complete a duty or fulfill a service for one’s community or nation or for humanity. According to Aristotle, (practical) wisdom is “a union of intuitive reasoning and scientific knowledge; it may be defined as the complete science of the loftiest matters.”5 Following the analysis of the pragmatic Santayana, this acumen then is the ability to assess various choices of maximizing value at the lowest opportunity cost.

Societal virtue has a rich place in the history of philosophy, starting no later than the ancient Greeks with their analysis of the polis, or city state, from which we get our word ‘politics.’ Stoic philosophy (as opposed to Epicureanism) imposes on men obligations to society and proposes a greater human community – the Cosmopolis. 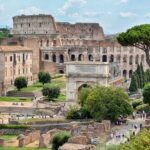 The Romans adopt this philosophy as a justification for their empire as does the Roman Catholic Church in the aftermath of the empire’s fall. It follows history into the tradition of chivalry, the great public works of the Renaissance, the scholarship of the Age of Reason, the philosophes of the Enlightenment, and of course into modernity. It also appears in other civilizations as for example in the words of the Bhagavad Gita and in the teachings of Confucius. Arguably, the most decisive feature of human civilization is the expectation of the execution of duties and service by its members. It should be no surprise that these are thus a vital dimension of a meaningful life.