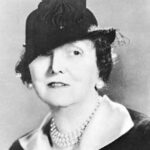 “The honor of a gentleman demands the inviolability of his word, and the incorruptibility of his principles. He      is the descendant of the knight, the crusader; he is the defender of the defenseless and the champion of justice – or he is not a gentleman.” – Emily Post, Etiquette.

We have seen that at the societal level virtue involves two main components – duty and service. Now I would like to explore the key inner characteristics and the four aptitudes required for social virtue, and its place in philosophical traditions. The internal characteristics that support social virtue are a commitment to goodness, acceptance of duties to society, and deep integrity. This latter term includes unwavering truthfulness, devotion to fairness or justice, and absolute trustworthiness. There must be an absence of deceit or fraud. Integrity according to Webster’s is a “soundness of moral principle that no power or influence can impair.”1 A community or nation has the right to expect these features of honor in return for the protection and advantages from which we benefit. Therefore the virtuous person does not seek public esteem, but rather to be worthy of it.

With our internal probity ordered, we next need to hone four aptitudes for optimal service to society. The first of these is the recognition of duties. A list is included in Table 1 in the appendix, though it is possible to imagine others. I would add to that table Santayana’s duty from reason that we create the maximum riches for others with the least lost opportunity, that is, limiting production to no more than is useful while avoiding prevention of a greater good. 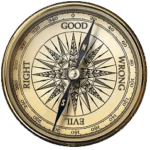 Second is a moral compass. It is not enough to seek to do good, one must be able to identify good versus evil. As the compass always point north, so the human moral compass must always be directed at true goodness. Immanuel Kant defines the ‘moral law’ as that formula which expresses the necessity of action done from duty in terms of one’s own reflection.2 Others argue for the existence of a ‘moral sense’ meaning a natural “ability to determine the rightness or wrongness of actions.”3 One particularly important point on the compass is the principle that no individual can ever be sacrificed for the greater good; this line once crossed leads down the path to evil as history reveals over and over.4