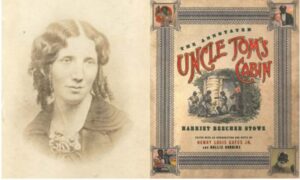 “What makes saintliness in my view, as distinguished from ordinary goodness, is a certain quality of magnanimity and greatness of soul that brings life within the circle of the heroic.”– Harriett Beecher Stowe, Uncle Tom’s Cabin.

Having completed our analysis of heroism we proceed to the second of two roles of exceptional virtue in dealing directly with others, saintliness. Both epitomize the inner triumph of unselfishness over self-interest, and although there is substantial overlap, the fundamental virtue in heroism is courage while the fundamental virtue in sainthood is temperance. Both also indicate immense love of others in one’s choice of action.

Webster’s unabridged dictionary defines the word saint as “(1) any of certain persons of exceptional holiness of life, formally recognized as such by the Christian Church, esp. by canonization, (2) a person of great holiness, virtue, or benevolence.”1 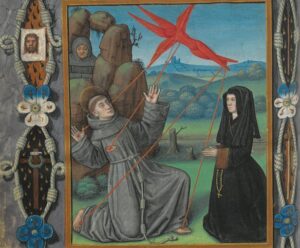 Regarding the first definition, in Catholicism, an initial posthumous beatification  of a martyr or of the extremely pious and benevolent, is followed by canonization or designation as a saint only if miracles by the saint are confirmed by Church authorities. We are not particularly concerned with sainthood as decreed by any religious denomination, rather the less forma, more accessible, extraordinary benevolence of an individual, making the second definition more appropriate for our use. We will defer issues of holiness and piety to future posts as well since these fall more into the realm of communion with the ultimate.

Francis Ambrosio adds a further criterion in his definition of a saint as “someone whose identity is based on trust based on the promise made by another, offering the hope of a fulfillment in life that the saint recognizes could only be achieved through the help that the other promises to give as a gift.”2 I can accept this supplemental standard as long as the idea of covenant imbedded in his concept applies to humanity or the universe should one be agnostic or should there be no God. The saint then converts the gift, from Nature or God, of his or her life and faculties into a supererogatory devotion to the good of others at the expense of himself or herself. This synthesis of saintliness then offers a profound sense of meaningfulness and joy to a human life.