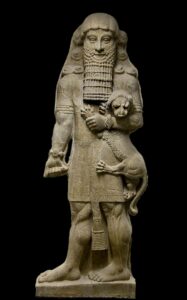 “Gilgamesh said to Utanapishtim the Faraway: “O woe! What shall I do, Utanapishtim, where shall I go? The Snatcher has taken hold of my flesh, in my bedroom Death dwells, and wherever I set foot there too is Death!”– The Epic of Gilgamesh, Tablet XI, Line 236.

In in the last two blogs, we analyzed real-life heroism as commonly understood – an arena worthy of our concentration – but now we will examine the philosophical dimensions of heroism, particularly as presented by Friedrich Nietzsche and Ernest Becker. Heroism in this internal sense involves (1) the power over self and commitment to excellence in self-initiated action, and (2) a mature response to human finitude and the inevitability of death.

In his first book, The Birth of Tragedy, Nietzsche attempts to formulate the development of the ancient Greek concept of the tragic hero. On the one hand is the Apollonian culture – where the Olympian figures of the Gods with ‘exuberant triumphant life’ justify the mortal life of man. “Existence under the bright sunshine of such gods is regarded as desirable in itself, and the real grief of Homeric men is caused by parting from it.”1   The Apollonian legacy is the sense of proportion manifested in Greek sculpture and architecture or in the poetry of Homer, that is, the creative force, mimicking the immortals. 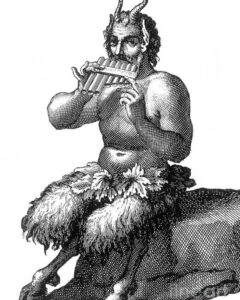 On the other hand is the Dionysian satyr voicing a tragic wisdom that “the gulfs between man and man give way to an overwhelming feeling of unity leading back to the very heart of nature. The metaphysical comfort – with which …every tragedy leaves us – that, in spite of the flux of phenomena, life at bottom is indestructibly powerful and pleasurable…”2 The Dionysian outlook then advocates the endurance of suffering and a sheer delight in being alive.

Thus armed, Nietzsche reformulates the tragic hero in his later book, Thus Spake Zarathustra. He chooses as his protagonist the ancient prophetic figure, Zoroaster, whose religion is based on the cosmic struggle between good and evil and truth and falsehood. Nietzsche argues that with will to power (self-mastery), one can remake oneself into a greater being, an uberman or superman, who rises above trivial societal conceptions of good and evil and participates relentlessly in this struggle. This heroic individual achieves self-actualization and becomes what professor Francis J. Ambrosio calls the ‘secular saint.’3 Ernest Becker seems to agree when he concludes Nietzsche saw that “heroism was necessary and good and that nothing less than the urge to heroism would do to typify the place of man in the animal kingdom.”4