When most of us think of heroes, we are thinking of individuals who take spectacular risks, especially of death, in the performance of extraordinary acts in duty or service to others or a great cause. 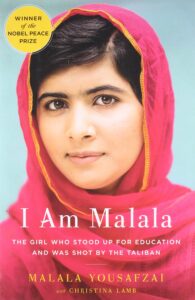 This includes military heroes such as Audie Murphy who personally killed or wounded 50 enemy troops in an astonishing battlefield action re-enacted in his movie To Hell and Back or Joan of Arc who turned the tide in the Hundred Years’ War. But it also includes those who engage in high risk adventures in the interests of humanity such as Charles Lindberg, the first man to fly across the Atlantic or Yuri Gagarin the first human to journey into outer space, and those who risk everything for social justice such as Martin Luther King who died in the fight for racial equality or Malala Yousafzai, a young Pakistani girl who survived a gunshot wound to her head after standing up to the Taliban for girls’ education.

There is a second form of supererogatory heroism, the person of great enterprise. These heroes generally do not risk danger to their person, but rather demonstrate heroic determination in achieving a grand purpose in their lifetime. Whether it is Henry Ford making the automobile available for the common man, Will and Ariel Durant compiling a multidimensional history of human civilization, or 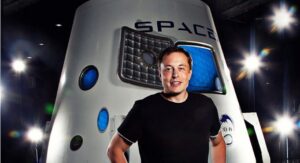 Elon Musk investing in SpaceX with the mission to revolutionize space transportation to allow life to expand to other planets, we recognize the heroic effort expended to change the world.

All these forms of heroism beyond the call of duty inspire those of us who are less bold, less courageous, or less capable, by serving as examples for us to follow in achieving our own meaningful lives.* Next we will take a closer look at heroism from a philosophical standpoint including pitfalls for the unwary.

*Two exceptional cases of supererogatory heroism that do not quite fit the above categories are worth remembering. On January 13, 1982, a Boeing 737-222 plunged into the Potomac River in Washington, D.C., killing 73 people on impact leaving only six survivors in the freezing river. A police helicopter arrived and began assisting the survivors in a risky operation. Known as the “sixth passenger,” Arland Williams survived the crash, and passed lifelines on to others rather than take one for himself, drowning before the last line came. Williams received the Coast Guard Gold Lifesaving Medal posthumously and the bridge the plane struck was later renamed the Arland D. Williams Jr. Memorial Bridge.

The second involves United Airlines Flight 93 which was hijacked by four al-Qaeda terrorists as part of the September 11 attacks. It crashed into a field in Pennsylvania during an attempt by the passengers and crew to regain control. All 44 people on board were killed. The intended target was the U.S. Capitol Building. United Airlines Flight 93 was the only aircraft that did not reach the hijackers’ intended target, and only because the passengers rose up, in the face of certain death, and forced the hijackers to crash the plane in a field away from other innocents. The last words of one of the heroes, Todd Beamer, are a poignant statement of the human triumph of good over evil in the world, “Are you guys ready? Okay. Let’s roll.” A permanent Flight 93 National Memorial was dedicated on September 10, 2011.