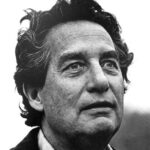 “A human being is never what he is but the self he seeks.” – Octavio Paz, Nobel Laureate, Literature, 1990.

In our analysis of self-mastery, we have traversed self-discipline, selflessness, self-knowledge, and self-improvement. In one sense, all of these are processes extending throughout life, but in another sense they coalesce as rungs on a ladder to the authentic, fully functional person even while ongoing; i.e. human becoming and human being. There are three stages of this self-actualization: (1) Recognition of the authentic self, (2) Self-affirmation, and (3) Self-perfection –that is, realizing one’s full potential and apotheosis. Mathematically savvy readers may detect an analogy with integrals in calculus; the final stage is the limit, perhaps never quite achieved, but pursued relentlessly until death (or enlightenment?). Let’s examine the three stages in turn.

RECOGNITION OF THE AUTHENTIC SELF

If you are like most people, you emerged from childhood as a person whose identity was largely created by others. 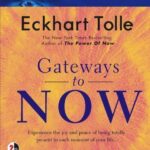 In Eckard Tolle’s Gateways to Now,1 he elegantly explains that each of us carries within our name a metaphorical basket with eggs representing the labels and attributes assigned to us by our parents and others. In adolescence and young adulthood we begin to recognize that the characteristics which compose our self-image after years of filling this basket are arbitrary, accidental, or artificial.

In Being and Time, Martin Heidegger seeks to understand the ultimate metaphysical reality – Being – by engaging in intense contemplation of the inner self, which he calls dasein or ‘being-there.’ Dasein is that fundamental entity that precedes and underlies the artificial self. He discovers that dasein finds itself “being-in-the-world’ (a world into which it is or was thrown), subject to inexplicable moods, inescapable fallenness (mere presence in the world), and boundless care. Guilt and anxiety are inevitable particularly because of the opinions of others and the ambiguities of existence. But the deepest self is found through anxiety where one encounters nothingness, personal finitude, and the necessity of death. Through a process Heidegger calls ‘resolution,’ one “moves in time from past to future through the present, appraises himself, chooses with the whole of his being, and thereby achieves authentic existence.”2

Ernest Becker notes the humanist psychologists use the term ‘authentic self’ for “what is left when the artificial social self has been stripped away.” He however prefers the term ‘total individual’ for that which he sees as greater than the artificial self.3 Which ever term you prefer, self-actualization begins when you recognize that the identity you assume under your name and social circumstance are not your ultimate self. Once you recognize this, you are ready to advance on the path to self-actualization.