The second part of selflessness is externally directed – the impartial love of others classically called agape in ancient Christianity (as opposed to eros or carnal love and philia or friendship). Here we need only think of Christ’s categorical imperative: “Thou shalt love thy neighbor as thyself”4  Love of others entails three dimensions: empathy, charity, and forgiveness.

Empathy, it turns out, is an intrinsic human trait. Just as human self-consciousness evolved to allow one to put oneself in another’s shoes in order to thrive in complex groups, so are we capable of and compelled to feel the hurt of others. Empathy is the foundation for compassion and caring of others and thus for virtuous behavior towards them.

Caritas or charity transforms our fruitless self-love and unconcern for others into the virtue of beneficence. We have seen that self-denial is a tool to control our wants in the section on self-discipline. But self-denial has dual value; it also allows us to forsake goods for the benefit of others. 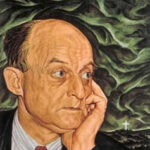 These interlocking benefits reinforce this component of self-mastery. Reinhold Niebuhr explains it thusly; excessive concern for the self or self-love inevitably leads to a narrower self while the highest level of self-realization, that is, the true self, is the fruit of love of others.5

Mahayana Buddhism, the start of which interestingly coincides with the beginning of the Christian era, similarly emphasizes loving kindness and compassion. The self-sacrificing zeal of the saintly Bodhisattvas extends to the suffering not only of other humans, but of all living things. Such sacrifice makes one worthy of the ‘perfection of wisdom.’ Compassion is defined as the selfless desire to make others happy based on a pure heart, meaning one’s final motive is to do good, not to relieve one guilt. This extension of caring to nonhuman creatures also appears in Jainism and is echoed by Albert Schweitzer in his book, Reverence for Life.6

Forgiveness is the third facet of agape. Our lives are full of hurts, real and imagined, which are initiated by others. Inner calm requires the letting go of anger and resentment, two emotions that inevitably conflict with virtue. 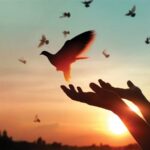 The ability to forgive others is the practice needed for another ultimate goal, self-forgiveness. As imperfect beings, each of us has been the source of hurts to others and even ourselves. Paul Tillich believes self-forgiveness is key to overcoming the crushing burden of guilt when he says, “One could say that the courage to be is the courage to accept oneself as accepted in spite of being unacceptable.” 7 But Jesus warns us of a mystical truth in the Lord’s prayer, “…forgive us our trespasses, as we forgive those who trespass against us…”  We can only expect forgiveness to the extent we learn to forgive others.

DEFERENCE TO THE ULTIMATE

For the religious person, perhaps the most important step towards self-mastery is to abandon the centrality of the ego in favor of the centrality of the divine. Humility is achieved in part by crediting one’s well-being and abilities as gifts of deity or nature. A wise individual accepts that one’s existence and purpose is subordinate to a greater entity meaning God, nature, or the universe. This involves understanding ourselves as finite and recognizing something greater, within which we are an infinitesimal part.

1Talmud; ‘Sayings of the Fathers’.