With the very old universe having been eliminated as the materialist alternative, we are left to choose between the 14 billion year universe coupled with the intervention of a theistic cosmic force  or an infinite cosmic unity, a universe that has always existed, as an organismic unity.  How do we compare these two remaining possibilities? 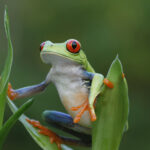 One ontological question is if this is more or less plausible than introducing physical matter at the beginning of a finite reality and assuming a cosmic force, that is God as in theism, must have been there already in what would otherwise have been nothingness, that is without matter.

The issue arises about the nature of God in the prephysical reality of physical nothingness?  God as the creator of the universe in this pre physical world would not be coexisting with the four fundamental forces of the universe.  God could only be all thought.  However thought by itself does not meet a basic test  because thought by itself cannot direct or interact with matter or create matter, just as it can’t in higher mortal organisms.   If one could postulate that a thought from God could do that, then you could postulate anything about thought or God in this context.  Why wouldn’t it be just one of many possible conjectures? My conclusion is that anything that can be said to have unlimited attributes has little or no value as a construct. 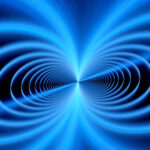 In the present an eternal organismic universe is known with the greatest amount of certainty.   By this I mean life, that is organism, is known in great detail, as the present is our best laboratory to explore reality.   No one can doubt, the existence of organism in the present.

The past can also be known with greater certainty than with any other theory of reality, because reality evolves and therefore it is always very similar to its recent past, but with less complexity.  No other theory of reality starts with as little speculation.   Not theism which starts with an essentially unknowable conception of God;  nor materialism which requires an as yet undemonstrated transformation from pure physical matter to one in which consciousness, will and thought are unified with physical matter.  Materialism provides no basis for how that happens.  In an eternal reality this unity exists infinitely back in time as the necessary nature of reality as well as infinitely forward in time.

3 “Spinoza and the Theory of Organism,” Hans Jonas, for a full explication of Spinoza on organism