“Self-interest is but the survival of the animal in us. Humanity only begins for man with self-surrender.” – Henri Frederick Amiel, 19th century Swiss philosopher. 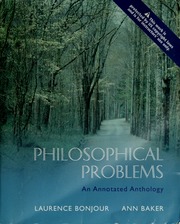 In the continuing search for the definitive philosophical library, I have come across some remarkable books, but one of the most unusual was an unopened cellophane–wrapped textbook, with the intriguing title, Philosophical Problems. It is rare for me to purchase a book without at least looking through the table of contents, but I could not pass this one up because of its pristine condition and because on the front it says “instructor’s use only” and on the back it says “NOT FOR SALE.” That made me wonder what secrets it might contain, and I won’t deny I hesitated to open its packaging for several years. When I finally opened it, I found it really was simply an anthology, albeit of some truly great philosophical essays, with frequent teacher annotations. I suppose “NOT FOR SALE” meant not for sale to students, though this seems silly – what harm is done by giving students help in understanding complicated philosophical theses; and why should college professors require such help – seems oxymoronic to me.

Be that as it may, the 86 essays are superbly chosen. Examples include some of our old friends – Aquinas’ The Five Ways from Summa Theologica, William James’ The Will to Believe, selections from Aristotle’s Nichomachean Ethics, and portions of John Rawls’ A Theory of Justice. But there are also many less familiar works such as Thomas Reid’s Direct Realism, Thomas Nagel’s What It Is Like to Be a Bat, and Robert Nozich’s The Experience Machine. 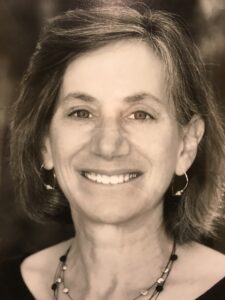 However, the most compelling one for me was Happiness and Meaning: Two Aspects of the Good Life1 by Susan Wolf examining the relationship of happiness and meaning, what I identify as the summum bonum, to the good life.2 Wolf’s essay is complex, so I can only incompletely address her main insights. Her launching point for the discussion is the concept of self-interest, i.e. motivation by what is good for or minimizes bad for oneself. Her general thesis is that meaningfulness is an important element of a good life, hence ‘enlightened self-interest’ entails securing meaning in one’s life.

She starts with Derek Parfit’s theories of motivations of self-interest; (1) Hedonistic – felt quality of one’s experience, (2) Preference – good as our wants (e.g. posthumous fame), and (3) Objective List – items valued for neither positive experience nor mere preference, but as good in themselves. Her argument is that meaningfulness is of the last type. She then defines  a meaningful life as one with active engagement in worthwhile projects, where active means excited or gripped involvement (as opposed to boredom or alienation) and worthwhile implies at least partial independence of subjective preferences.