Third is the surprisingly emotional statement that the universe is wholly indifferent to human life specifically and all life in general. If the universe is not a conscious being, which some might debate, this point appears true but potentially irrelevant. However the entire statement is suspect as the universe is amazingly conducive to life especially human life. Since most scientists believe life exists on countless other worlds, ‘indifferent’ seems unduly harsh, even arbitrary. Regardless, human meaning need not come from love or caring by the universe, but may derive from one’s individual perspective on existence within it.

Fourth is the assertion that humans lack free will. Readers are referred to this site’s section titled Free Will, Fate, and Human Destiny for a detailed discussion of this topic, where the conclusion was that most of us decide our will is free based on the strength of empirical and moral arguments and the weakness of the scientific evidence to the contrary. Moreover it is not clear that even scientists claim to have proven humans lack free will, making this proposition essentially moot.

Fifth is morality, which is a field outside the domain of science. Anthropology, biology, and psychology may attempt to explain the origins of human morality, but cannot demonstrate morality is relative, only that cultural rules vary. The absence of God is often claimed to free man of moral constraints, but this too is debatable. It is more likely that if God exists, He has infallible knowledge of morality rather than his will instantiates morality per se. Philosophers typically believe reason and logic offer the best foundation for morality especially one free of traditional errors. 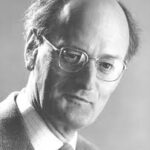 Sixth is the argument that nothing matters – a patently untrue statement. Everyone can think of something that matters to them. The word itself implies subjectivity. R.M. Hare says it beautifully: “ ‘Matters’ isn’t that sort of word; it isn’t intended to describe something that things do, but to express our concern about what they do; so of course we can’t observe things mattering; but that doesn’t mean they don’t matter…”1  “Nothing matters” turns out being a pseudo-problem due to linguistics.

In closing, science cannot demonstrate life is meaningless mainly because it is not the appropriate method to assess the question. Science can help us understand the world and aid our search for meaning, but philosophy is how we define what it means to say one’s life is meaningful. Next time we will look at perhaps the most famous nihilist, Friedrich Nietzsche, and his evolution to proponent of human meaning.