“Doubt is not a pleasant condition, but certainty is absurd.” – Voltaire.

Understanding certainty depends on thinking through its subtle meanings, the definitions of knowledge and truth as distinguished from opinion and belief, and the philosophical tools of doubt and reason. Let’s start with the word “certain.” Webster’s had several definitions, but the two most useful here are: (1) free from doubt or reservation, confident, sure, and (2) established as true or sure, unquestionable, indisputable.1 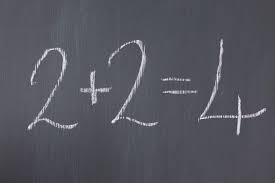 By these definitions, we can say it is certain that 2+2=4, but not that God exists. Philosophically, certainty refers to the relational property of statements or propositions rather than a simple state of mind. Its opposite is “doubtful”, while the intermediate status is “probable.” All of these qualify our judgments rather than designate the truth value of the statement; for example, statements can be certainly true or certainly false.2

Webster’s defines truth as “conformity with fact or reality,” true as “being in accordance with the actual state,” and fact as “something known to exist or to have happened.”3 Knowledge is defined as (1) acquaintance with facts, truth, or principles as from study or investigation or (2) the body of truths or facts accumulated in the course of time.4 Therefore, what is certain is known or knowledge, but not vice versa. In addition anything known must be true; while of course opinion and belief may be true or false.

Mortimer Adler takes a juridical approach to knowledge; dividing it into three baskets of falling certainty – (1) beyond a shadow of a doubt, (2) beyond a reasonable doubt, and (3) by virtue of a preponderance of the evidence – where only the first may be considered “certain.”5 He also considers truth and certitude as immutable and incorrigible, whereas empirical knowledge and opinion are both mutable and corrigible.6

Socrates was the first to recognize that the philosophical quest for wisdom distills into the pursuit of virtue, and the most fundamental requirement for virtue is knowledge. Thereafter the history of philosophy became identifying reliable knowledge or certain truth. Over time two forms of knowledge were identified, perhaps most clearly explained by Kant: analytic or a priori statements and synthetic or a posteriori statements.  There are now more commonly referred to as self-evident and empirical statements. 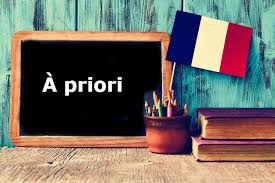 A priori statements do not depend on any sensory experience and are thought to be true or certain because their opposites are self-contradictory. Examples include (1) “A part is less than the whole,” (2) statements of identity such as “2 = 2,” and (3) “All human experience occurs within space and time.” The breadth and value of such knowledge is limited as it is most often truth by definition even if not always immediately evident. This form of knowledge is manifested in logic and mathematics.

A posteriori or empirical statements are based on experience; for example “grass is green.” There is nothing contradictory about grass being any other color, it is only our consistent experience of its color that makes this statement true. Science, history, politics, law, and individual opinion are all manifestations of this form of knowledge.

It should be added that there remains debate on whether any knowledge is a priori ; some philosophers including David Hume argue that all man’s knowledge requires experience even for the reasoning that is assumed to be innate.