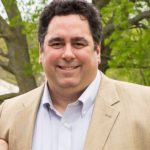 Next in The Good Old Liberal Consensus, Daniel A. Kaufman examines wisdom in the political realm as described in John Locke’s Second Treatise of Government and John Stuart Mill’s On Liberty. Briefly they inform the ‘liberal consensus’ which is based on the theory that the clashing of people’s interests and aims is inevitable, that the state is a neutral referee, and that an individual’s pursuit of good should be unmolested except when obstructive to another individual’s pursuit of good. From this foundation, four key principles arise: (1) the purpose of the state is to allow the individual to pursue his idea of the good, (2) thought and speech should be free, (3) the state should err on the side of free speech, and (4) engagement with those with whom one disagrees should take the form of discourse not personal attack. These principles are supposed to be sustained by the collective recognition that unanimous agreement on policy is implausible and that one’s political allies cannot be in power forever. However, in his opinion, this wisdom is being undermined by both the Right and the Left. 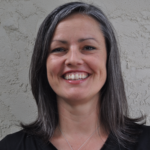 Last Valerie Tiberius entertains a more psychological sense of wisdom through the contemplation of a single adage, also her essay’s title: Live Each Day as If It Were Your Last. The power of this advice is its tendency to alleviate worry and excuse perfectionism. More generally it encourages the development of perspective that aligns emotions with what really matters. She places it within Aristotle’s practical wisdom or phronesis, the use of reason to apply knowledge to decision-making. But Tiberius suspects this proverb may not do justice to what really matters. She references Doing Valuable Time: The Present, The Future, and Meaningful Living by Cheshire Calhoun who divides one’s time into four parts: (1) “primary spending” – things done for their own sake (e.g. time with friends), (2) “entailed spending” – instrumental activities (e.g grocery shopping, studying), (3) “norm required” – compliance with societal norms (e.g. legal duties), and (4) “filler spending” – such as actions when waiting, unmotivated, or tired. Meaning comes mainly from primary spending while things we value require significant entailed spending.  Her conclusion is that one can take the ‘last day’ perspective sometimes, but not at all times – wisdom then is the ability to shift one’s perspective as circumstances require.

Interestingly the essays look at four distinct levels of wisdom – personal, psychological, societal, and political – quite a breadth for the limited size of this forum. Wisdom is revealed to be virtue first, but also preparedness, freedom, and perspective. Aristotle suggests a still higher category, ‘speculative wisdom’, the philosophical knowledge of metaphysics and theology, as opposed to the others he calls ‘prudence’. I love these many facets of wisdom, but distill from it the blending of a coherent understanding of reality with ethical conduct.