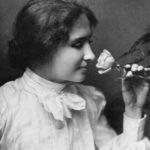 “Although the world is full of suffering, it is also full of the overcoming of it.” – Helen Keller.

At last we conclude our survey of the philosophy of suffering. As with other subjects, a superficial consideration of suffering is faulty. Suffering is not evil itself, rather at times a consequence of evil. It is not identical to pain although many pains involve suffering and some suffering involves physical pain. It is not always to be avoided and at times should be welcomed, even sought. As such, human suffering (excluding perhaps in the case of young children and the mentally challenged) is not indisputable disproof of deity and, on the contrary, can be seen as a path to the divine. It does not preclude happiness nor undermine a meaningful life, instead at times is an instrument of both. Suffering  is not unusual, rather universal and to be expected by simply existing. 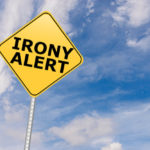 We find suffering is a domain of ironies. It is the opposite of happiness, but likely necessary to achieve happiness. It is universal but need not be inevitable. The pleasures we seek to increase happiness unexpectedly lead to suffering. A strong ego and selfishness intended to protect oneself from unhappiness lead not to fulfillment, but to suffering. And perhaps most paradoxical of all – even extreme suffering can be the catalyst for finding meaning in endurance and making oneself worthy of it.

What else do we learn? Suffering is integral to human existence itself; it is part of the human condition. While we imagine that if we were perfect beings in a perfect environment, we would be free from suffering; logic tells us that the inevitable boredom or complete lack of anything to accomplish make this belief self-contradictory. In fact, dealing with suffering and a courageous willingness to take it on may be the greatest power of humanity. No other creature known to us, perhaps not even God himself, should He exist, has this power (although Christians might argue the story of Jesus disproves this).

We also learn that man’s approach to suffering is the key to a full understanding. Of course science, man’s greatest discovery, offers us the means to relieve many pains and misfortunes, and wisdom and ethics oblige us to utilize its arts whenever suffering can be avoided. Where science fails or does not apply, philosophy offers the best means to alleviate or endure it, and to find meaning and flourishing in spite of it.