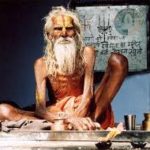 “The philosopher is independent, first because he is without needs, free from the world of possessions and the rule of passions, he is an ascetic…” – Karl Jaspers, Way to Wisdom.

In the last two posts we saw that whereas Viktor Frankl finds in unavoidable suffering the possibility of meaning, he objects to avoidable suffering as masochistic and unheroic. However, it turns out there is quite a long tradition of voluntary suffering and privation with the intent to induce meaning or enlightenment, known as asceticism. Philosophically asceticism can be defined as the doctrine that one ought to suppress one’s desires specifically with the goal of personal perfection or salvation for oneself or for others. This can extend from the simple abstinence from pleasure and most natural needs to outright self-inflicted pain or self-torture.1

The philosophical basis of asceticism is the theory that the body and matter are evil and serve as a detriment to a moral, spiritual, or God-pleasing life. In most systems, there is a presumption of dualism – man as two constituents – body and soul. It may be partial, meaning the suppression of lower desires such as sensuous, bodily, or worldly pleasures, or complete meaning all desires hence spiritual desires as well. It may also be moderate, that is, limiting oneself to only those needs necessary to life, or severe – the total annihilation of desires.2 In practice, denial may go beyond simple refraining from fulfilling desires and include “inflicting upon oneself the very opposite of what is desired.”3

There are at least three major traditions of asceticism: Indian (especially Hindu), Ancient Greek (Cynicism), and Christian. We will look at each in more detail in the next six posts. After that we will examine arguments in favor of and against asceticism as a discipline, and try to locate asceticism on the map of a philosophically meaningful life.