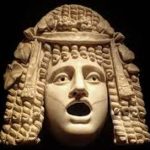 “Life is tragedy and the tragedy is perpetual struggle, without victory of hope of victory, life is contradiction.”- Unamuno, The Tragic Sense of Life..

The first task in thinking about suffering is to distinguish it from similar concepts and place it in a philosophical context. First we must differentiate suffering from evil. I have previously defined evil as the opposite or negation of good itself defined “as that which contributes to the happiness, well-being, longevity, pleasure, or knowledge of oneself and others or at least does not diminish these for others; or which promotes existing non-human reality in the universe.”1

Suffering can be defined as the condition of experiencing pain, distress or anything unpleasant, or sustaining injury, disadvantage or loss.2 Suffering then may appear to be the subjective experience of evil, but there are exceptions. For instance one suffers the unpleasantness of chemotherapy for the good of cure of cancer. Meanwhile some evil causes no overt human suffering, for example the extinction of an unknown species. We see that while most suffering is evil and much evil causes suffering, they are not equivalents. 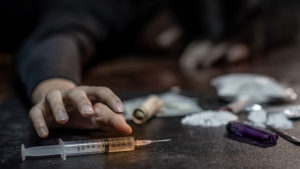 On the other hand, pain is merely a form or subset of suffering as there is much suffering that does not involve physical pain, as for example loneliness, poverty, and grief. Moreover pain’s opposite, pleasure, can involve suffering as for example the elation obtained from drugs in addiction or the ecstasy of inappropriate or dysfunctional sexual relationships. In fact, the avoidance of pain and the pursuit of pleasure can be both evil and occasions of suffering.

Suffering has a central place in philosophy. In all likelihood, philosophy began as a means of understanding and comfort in the face of man’s troubles and struggles. Human suffering has historically been the greatest argument against belief in an omnipotent, omniscient, and omnibenevolent deity. Traditionally suffering is seen as one of the greatest detriments in the quest for happiness or eudaimonia, and yet paradoxically is used by sages and spiritualists as a tool for purification, discipline, and conquest. Personal suffering and the response to it are vital components of the search for human meaning and apotheosis.

Next time we will look at the categories of the common forms of suffering that make up the human condition.

2This definition is a compilation of the first five definitions listed in the Unabridged Webster’s dictionary, p. 1901.