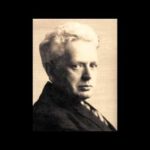 “There is perhaps no more bewildering and controversial problem than the meaning of meaning.” – Ernest Cassirer, An Essay on Man.

The final task we must undertake before we can perform a synopsis and synthesis  of teleology is to think briefly about the concept of ‘meaning’ and the criteria for it  and subject reality to those criteria. The first distinction we need to make is between meaning as definition, translation, or reference versus our use here as the end, purpose, or significance of a thing. W.D. Joske further distinguishes the significance of an activity or thing as either intrinsic, coming from value to itself, or derivative, stemming from its role in something else of value.1

Ernest Cassirer thinks meaning must be explained in terms of being as it is the most universal category which binds truth and reality,2  A.J. Ayer sees meaning outside of human intention as the question “Why?” but thinks this amounts to nothing more than explaining the facts of a thing or the “How?”.3 Irving Singer notes the strength of the linguistic argument that the word ‘meaning’ is nonsensical when applied to some things, for example life.4

Against this backdrop what criteria for the designation of meaning in the sense of end, purpose, or significance can we list? I propose the following:

Let’s take these individually. Function is the fulfilling of some role or purpose. A good example is the kidney which functions to clean the blood of toxic substances for the health of an animal. Value, meaning merit or worth, is 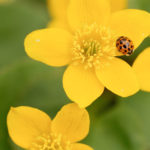 exemplified by a college education with its many intangible benefits. Viability refers to the implicit assumption that its referent has the ability to fulfill its role. A flower needs to be large enough, last long enough, and have the necessary parts for pollination by an insect to be possible.

Meaning also alludes to justification. A bridge across a river without connecting roads or paths, may have a function for a chance crossing need, but is unlikely to be justified. Intention is often seen as a criterion of meaning, that is, the aim of the originator or creator instantiates meaning into a thing. For instance we presume a work of art has ‘meaning’ by virtue of it being the intentional creation of the artist. 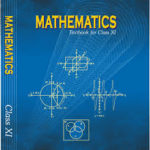 A final feature of meaning is the finding of relevance to some external entity or absolute standard. A newspaper review of a non-existent movie would fail to meet this criterion while a textbook of mathematics has meaning as demonstration of its abstract principles.

The requirement to meet all, some, or only one of these criteria for meaning to apply is subjective rather than absolute, and may depend on the circumstance. Next time we see how these criteria apply to the universe and reality.