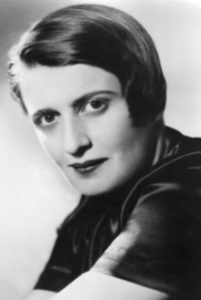 “To demand ‘sense’ is the hallmark of nonsense. Nature does not make sense. Nothing makes sense.” –Ayn Rand, Atlas Shrugged

Last time I noted natural selection is the intermediate explanation for the universe and life and we considered one extreme – intelligent design. Today we will assess the opposite position; the universe as absurd.

Paul Davies addresses this question from the scientific standpoint in an essay from 1998.1 He notes cosmology and physics depend on four premises:

1)   The universe is organized in a rational and law-like manner.

2)   The universe could have been otherwise.

3)   Nature is intelligible and its hidden subtext is revealed by physics and coded in mathematics.

Cosmologists argue the universe sprung into existence spontaneously following the laws of physics and required no antecedent as time itself originated by virtue of the Big Bang. It is true these laws must have been pre-existing, or else we could not appeal to them to explain the universe. However those laws are descriptions rather than creations and transcend space and time. 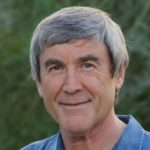 Davies feels those laws could have been different, which is the crux of the issue of an absurd versus a purposeful universe. The laws of nature include deterministic and indeterministic properties amplified by complexity leading to creativity. But he notes when a scientist-atheist is asked about the origin of these laws, “a mental backflip is performed: the system of laws must simply be accepted as a brute fact, they say. The laws exist reasonlessly. At rock bottom, the universe is absurd.”2

Davies is unconvinced. For one the argument is contradictory as it attempts to ground a logical and rational world in a cosmic absurdity. He also doubts the particular laws of our universe are explained against the backdrop of a multiverse because the degree of lawfulness of our universe is more stringent than required for life. If cosmic selection on the scale of a multiverse is based on randomness, one would expect the minimum amount of order required for life to exist. Rather our universe demonstrates far greater order than required suggesting additional principles of order over and above crude selection.3 If the universe is governed by very special laws as Davies asserts, then we are significant as the product of these laws. If we genuinely wish to find out if there is a purpose to the universe, he recommends we pursue science “in the spirit of humility and openness.”4

Davies’ conclusions are refreshing if not completely persuasive. However his vantage point is objective whereas the experience of absurdity in the universe is more subjective. Next time we will explore the thinking of the great philosopher of absurdity, Albert Camus.