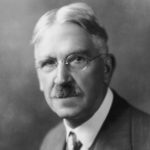 “Factual science may collect statistics and make charts. But its predictions are, as has been well said, but past history reversed.” – John Dewey.

In talking about probability last time we distinguished subjective from objective probability and discussed the a priori form of the latter. Today we will look at the second form of objective probability: statistics, which we can define as a theory of information obtained by using experimentation or random sampling to make an inference about a larger set of measurements, existing or conceptual, called a population.1 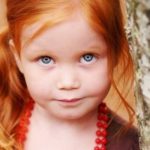 An example is helpful here. If I tell you that 2% of Americans have naturally red hair, you understand that no one has recorded the hair color of every American, rather this assertion is based on a representative sampling of the population. Of course we recognize the possibility of error in such sampling and conclusions. Unlike the a priori calculation of a coin toss, statistics are less certain and less exact. A particularly salient example is the political poll which can be fraught with problems, and whose results are often misleading.

Science, it turns out, consists of subjecting careful observations and experimental results to statistical analysis in order to generate general laws and predictions. Alternatively stated, science uses statistics to determine the universal from particulars. Of course this mathematically cleansed induction is not logically certain. As Hume observed, there is no metaphysical basis to believe that prior results will be repeated in the future, rather this is just a habit of the human mind.

But the crux of the significance of statistics for our purpose is its reliance on two fundamental premises: the uniformity of nature and the law of universal causation. These premises appear in fact to be supported by scientific experiment and its technological applications even if they cannot be proven categorically. Once we grant the validity of statistical predictions, it then seems fair to ask whether uniformity in nature suggests design.

And then there is perhaps the most sublime corollary: mathematics itself is instantiated in nature  (as opposed to being simply a human idea). Take the common white cabbage butterfly where male and female are identical in appearance except the male has one dark spot on its wing and the female two; it appears these butterflies can “count” to two. Or while robins typically have three eggs per season, they correct for a fourth egg by pushing one out of the nest, thus it appears robins can “count’ to three. 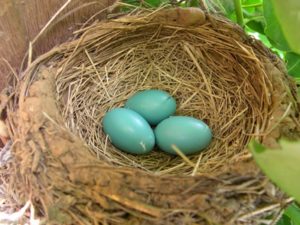 Mathematical, probabilistic, and statistical uniformity are strong arguments for design in the universe, but we must hold on making a final conclusion until the end of this section. Next time we will take up evolution – often called ‘natural selection.’