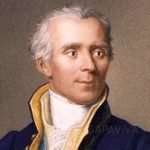 “The most important questions of life are indeed, for the most part, really only problems of probability.” – Pierre-Simon Laplace

In thinking through whether reality and the universe are meaningful or pointless, I have been taking the approach that if the universe is designed, then it has meaning, whereas if it is not designed, its meaningfulness is suspect. So far we have looked at chance, complexity, chaos theory, accident, and quantum uncertainty as possible explanations of the universe that circumvent design. The next logical subject in our search is the statistical or probabilistic nature of the cosmos.

Probability is a difficult concept to pin down, but we can dissect its meaning into subjective and objective forms. Subjective probability refers to opinions or estimations of likelihood of an event, that is, levels of confidence, typically in non-recurring or unique situations that cannot be justified by specific scientific or mathematical data. So for instance if you think your political party will probably win the next Presidential election, this is subjective. 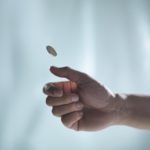 Objective probability consists of two forms. The first of these is called by A.J. Ayer, a prior referring to situations of a mathematical symmetry of frequencies of outcomes.1 A simple example is the coin flip where there is a 50% probability of the coin coming up heads or tails. However, there is no way to confirm empirically that a coin flipped repetitively will yield 50% heads and 50% tails, since in fact any outcome in any number of coin flips is theoretically possible. (If you flip a coin 100 times and you get heads 57 times, you don’t decide coin flips give heads 57% of the time; you assume this was just one particular outcome of 100 coin flips).

But of course the symmetry of objective probabilities cannot be absolute, since in fact a coin flip must come down either heads or tails, and a dice roll must yield a specific number between 2 and 36. Chaos theory offers the best theoretical explanation of the eventual outcome of coin flips and dice rolls;  tiny or obscure factors determine the result in a given instance, even though those factors are neutral in the long run. (Contrast this with quantum mechanics where both outcomes can occur simultaneously at the subatomic level and only the addition of the observer leads to an actual outcome.)

The conclusion from this brief blog is that subjective probability refers only to an individual’s level of confidence while  a priori probability cannot be proven empirically nor does it predict specific outcomes. Next time we will look at the second from of objective probability – statistics.