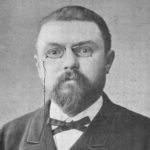 “A very small cause which escapes our notice determines a considerable effect that we cannot fail to see, and then we say that effect is due to chance.” – Henri Poincaré.

In our search for meaning we have been exploring the origin of reality with a focus not on how but why the universe and its many facets came to be. The possibility that everything is the result of mere chance seems to be unscientific and hence untenable. Last time we looked at complex systems and noted their propensity to creation as a result of emergence and self-organization. Today we will focus on the obverse side of that coin – chaos.

Chaos for our purposes will be defined as “seemingly random, unpredictable, behavior in a system governed by deterministic laws.”1 Our interest then is in chaos as the explanation of what appears as the randomness of the universe, the subjective experience of which is interpreted as pointlessness.

Mathematicians and scientists have become aware in the last 150 years that the Newtonian predictable mechanistic description of nature is an oversimplification. In the real world, the conditions under which natural events occur involve innumerable variables which can be specified with only a limited accuracy. When calculations and predictions based on infinitesimally inexact variables are carried out multiple steps, these inexactitudes lead to unpredictable outcomes. Thus tiny changes in causal factors lead to unexpectedly large effects, a process known as the butterfly effect –referring to the image of the flapping of a single butterfly’s wings altering conditions just enough that with magnification a hurricane occurs thousands of miles away. 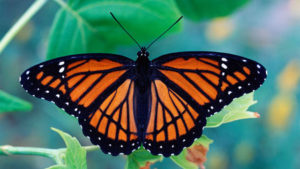 The mathematics of chaos theory are fascinating but cannot be detailed in brief enough form to allow description on this site. However the key findings are that chaotic systems of different types appear to gravitate to similar patterns: bifurcations in calculated results, recurring ratios and so-called ‘magic numbers’ (such as 4.669,201 and 2.5029), and nonlinearity. What the calculations and patterns reveal is that our universe is not a linear Newtonian system, but a chaotic one. Philosophically we learn that reductionism – the thesis that all complex phenomena can and should be understood by ‘reducing’ them into simpler pieces – will not explain the great mysteries of the universe,” and traditional “determinism is a myth.”2,3

In conclusion, the universe may be the result not of chance, but instead the emergence and self-organization of complexity theory coupled with the mathematically demonstrable unpredictability of chaos theory.  Next time we will consider the consequences of his possibility and arguments against it.