Last time we defined complex systems and reviewed their features such as unpredictability, robustness, and especially non-linear behavior. However, for our purposes, the most critical feature of complex systems is emergence – “the spontaneous creation of order and functionality from the bottom up.”4 The last part of this definition is the basis by which complexity may serve as an explanation for reality in contradistinction to ‘design’ typically meant as ‘top down.’ So for instance the ‘music’ of songbirds is the spontaneous creation of the many individuals each for its own purposes and in response to other birds’ calls while the designed music of an orchestra is directed by a conductor. 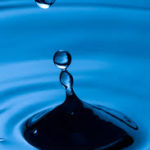 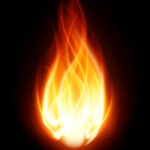 The next step then is to think about whether our concerns such as the universe, life, and humanity can be explained by a ‘bottom up’ emergence. Some scientists such as Paul Davies and some philosophers such as Karl Popper believe that, in fact, emergence leads to new states of higher organization not fully explained by lower level laws and entities. In this line of reasoning,  ‘self-organization’ is a fundamental property of nature under conditions characterized as “far-from-equilibrium, open, non-linear systems with a high degree of feedback.”5 The laws involved in emergent phenomena are not the same as those in traditional physics and may not be deterministic in an absolute sense. So then we might say emergence and self-organization appear when the whole is more than its parts. Alternatively in the words of astrophysicists John Barrow and Frank Tipler have written: “We do not think teleological laws either in biology or physics can be fully reduced to non-teleological laws.”6

Complexity then may be a more acceptable explanation for reality than chance. Before we finish our work on an alternative to conscious design as the explanation of reality, we need to make one last stop – Chaos theory. Join me for that next time.

1Eugene Wigner won the 1963 Nobel Prize for physics for his work on elementary particle physics. 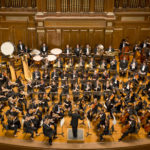