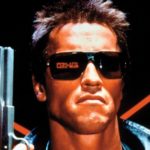 “We are ourselves creating our own successors. Man will become to the machine what the horse and the dog are to man” – Sam Butler, 19th century novelist. 1

Artificial intelligence (AI) is so frequently discussed nowadays that it hardly needs an introduction, but for our purposes, AI will mean machine learning (as opposed to programmed knowledge). We have all heard of the amazing feats of computers such as Deep Blue defeating world chess champion Gary Kasparov in 1996, but it is unclear if this fits our definition. Voice and facial recognition, self-driving vehicles, and the like may be simple contemporary examples of AI. But the unsettling quantum leap will be when computers can develop completely new knowledge beyond their programming or develop a will of their own, in which case in theory they could become a threat to humanity. Think of some popular science fiction movies such as 2001: A Space Odyssey, Terminator, and I Robot. This fear is immanent enough that some leading technology pioneers are researching AI’s potential impact on humans.2  Michio Kaku believes that AI represents existential risk to humans only when machines become self-aware, which he anticipates by the end of this century “giving us time to prepare.” 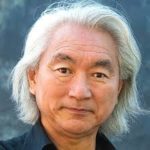 Stephen Hawking offers us the following advice, “When we invented fire, we messed up repeatedly, then invented the fire extinguisher. With more powerful technology…we should instead plan ahead and aim to get things right the first time, because it may be the only chance we get. Our future is a race between the growing power of our technology and the wisdom with which we use it. Let’s make sure that wisdom wins.”4