“You say: I am not free. But I have raised and lowered my arm. Everyone understands that this illogical answer is an irrefutable proof of freedom.” – Leo Tolstoy, War and Peace.

If free will is confirmed by the empirical and moral arguments discussed in the last two posts, the next question is how human will can be free when it appears everything else in nature is determined by antecedent causes or events. The answer depends on the proposition of free agency which is the subject of this blog. 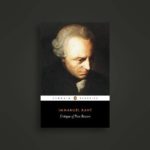 In his Critique of Pure Reason, Kant explains that the– metaphysics of causality require a first cause which is a free agent- that is  “a faculty of absolutely beginning a state and therefore also of absolutely beginning a series of consequences,” and “every beginning of an act however  presupposes a state in which the cause is not yet active; and a dynamically first beginning of an act presupposes a state which has no causal connection with the preceding state of this cause, that is, in no wise results from that preceding state.”  Kant calls this transcendental freedom as opposed to the law of causality. Free agency then is the faculty of transcendental freedom.

Mortimer Adler concurs: freedom of choice does not make the chosen decision “uncaused” rather the operative efficient cause is not like the efficient causes that operate in natural phenomena which are determined but unwilled. Action of the human will is outside the domain of natural phenomena studied by science. Such actions arise from the intellect and are necessitated (due to genuine knowledge) or arbitrary (based on unsupported opinion). Necessitated actions serve our happiness as we are unable to will not to seek happiness, whereas other acts of the will seek partial goods. Thus, free agency is affirmed by these three conditions: (1) the immateriality of the will, (2) the difference between the ways its acts are caused as opposed to natural events, and (3) its causal indeterminacy not due to chance. 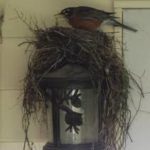 In conclusion, free will can be demonstrated as a free agent deciding on a course of action unrelated to a prior causal chain. It relies on reason not causality. What seems unclear to me and is perhaps the fault of an excess anthropomorphic perspective is why other animals are not free agents. When a bird chooses to build her nest on one rather than another of the identical eave-covered outdoor lights outside my library, it seems a stretch to call it instinctual, due to sufficient and necessary cause or even chance. It appears to be a conscious choice of an unconstrained and non-coerced creature.