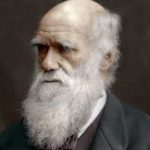 “As for a future life, every man must judge for himself between conflicting vague possibilities.” – Charles Darwin

Our analysis of death and immortality has been quite revealing – taking us through the distinctions between life and existence, metaphysical and physicist conceptions of time, and being and nothingness. Literal biologic and personal spiritual immortality seem unreasonable and unwieldy. They appear to be the naïve thoughts or hopes of the childhood of our race, following our emergence via evolution to self-consciousness. We cannot prove our ancestors were wrong, but we can distill from our analysis more sophisticated formulations on life and death.

At the end of the day death does not truly justify the fear most of us naturally experience although only the most hardened fail to see it as a cause for regret. All of our reasoning converges on one conclusion; the best response to man’s mortality is for us to live fully and thoughtfully, to appreciate our apparent uniqueness in the cosmos, and to recognize that at a minimum our immortality is instantiated in having existed at all.