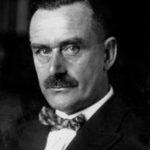 “He whose preoccupation is with excellence longs fervently to find rest in perfection; and is not nothingness a form of perfection?” – Thomas Mann, Death in Venice.

We previously determined that the consequences of man’s understanding of his ultimate fate as a transient in an eternal universe include the desirability of preparing for death and embracing being while alive. In the last two blogs I reviewed one approach to the preparation for death, Seneca’s Stoic formulation. Today we will look at the embrace of being. 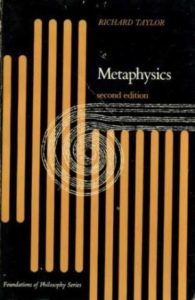 When one reads philosophy, one finds unexpected essays within otherwise standard texts. One of the most poignant of these is the final chapter in Richard Taylor’s introductory Metaphysics.1 Taylor methodically reviews body and soul; freedom versus determinism; space, time, and eternity; causation; and God – essentially following academic arguments in all of these areas. But his concluding chapter appears to be speculative, existentialist, even spiritual or poetic. The path he takes us on is one of the most powerful I have encountered in all my reading; one I have read over and over.

He starts by reminding us that the approach of death and nothingness cannot be stayed. Nothingness is “immense, for in truth it is infinite in every way possible” and “the most total certainty.” Then he refutes the hope of the durable soul or ego as “already a part of the nothingness…as not even real to begin with.” But all is not lost; “that which is inexorable and infinite, that which we are, from which we came, and to which we assuredly go is not nothingness, but its very opposite, which is being.”

We find no dread in the extinction of other things even most people, no it is our own personal being, or self, whose extinction we dread. He asks then what is this self?  As we mentally separate the self from other things we move progressively inward from distant to closer things and finally to that which is inside us. But this inner self defies description and is “indistinguishable from nothingness.” Our inner ultimate reality is total, perfect, nothingness. Therein is the paradox, the nothingness of the self makes us fear nothingness.

He concludes with a suggestion: “Try this: instead of starting with the heavens and firmament, mountains and oceans and drifting clouds, with things, and peeling all these away in a vain search for something somehow more precious at their center, do the opposite. Instead of withdrawing inward, toward some imagined bit…try to proceed outward, and see heaven and earth, mountains and oceans, and drifting clouds, all you have been taught to regard as things, as others, as foreign and distant, see all these as they are. You will be astonished to find yourself and nature in one and the same; and far from dreading the nothingness, which now seems like sickness, and hardly worthy of anyone, which is how you began all this, your state of mind will be just the opposite. You will rejoice in being, in nature, in yourself, which will now have ceased to be any mystery, and you will finally understand without seeking further what Spinoza meant by the intellectual love of God.”

So what is the final lesson revealed in our search for immortality – perhaps we have been asking the wrong question all along. Man should seek not perpetuity, but perfection, and man alone in all of existence knows or will know the two perfect antipodes of reality – nothingness and ultimate being.