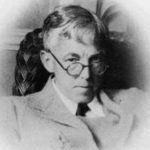 “Immortality may be a silly word, but probably a mathematician has the best chance of whatever it may mean.” – G.H. Hardy.

In our analysis, up until now we have looked at immortality as perpetual life, existence, or transcendental experience of time. But of course, immortality can be viewed metaphorically in the following ways.

First is biologic; our life is extended or echoed in our progeny. Every one of us is the product of thousands of generations of ancestors, and it is at least possible that our descendants will continue for thousands of generations to come. More intriguing is the possibility that, should humans evolve into a new species, our genes will be components of that more highly advanced race. Perhaps we can imagine here Nietzsche’s uberman.

Second we can extend the influence of our lives through our works. This applies to all people as the effects of our actions on our fellow man are incalculable. For example, kindness and charity in our lifetime can be magnified by the later actions of the recipients of our altruism. Scientific and mathematical discoveries, inventions, political endeavors, and works of literature, art, and music are examples of more concrete, universal, or widespread impact on humanity. Protestant religions often deny that heavenly afterlife comes from good works, but metaphorical afterlife seems assured by them.

Third we expand the influence of our lifetime by participation in enduring structures – one’s family, social organizations or causes, one’s country or religion, even humanity itself. For that matter, the magnitude of one’s lifespan may be enlarged by involvement and identification with nature and the earth.

Metaphorical unlike literal immortality is undeniable and lacks negatives, at least as long as one’s actions are ethical. Here again we see how ethical behavior enhances the meaningful life in this case by enhancing metaphorical immortality. Of course this form of immortality is uncertain as one can never know the future of one’s offspring or one’s works, and while the temporality of our impact on the universe is elongated, it is unlikely that any human influence will last forever on the cosmic time frame. At best it feels like a diluted form of the immortality we desire.

This takes us to consideration of the proper approach to our eventual death given our analysis of im mortality which is the subject of the next blog.

2 Replies to “METAPHORICAL UNDERSTANDING OF IMMORTALITY”