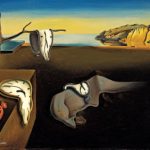 “What then is time? If no one asks me, I know; if I wish to explain time to one who asks, I know not.” – St. Augustine

Time is perhaps the most mysterious factor in reality, in fact, some philosophers such as J.M.E. McTaggart argue against its reality at all. Kant however seems convincing when he observes that we experience reality a priori as within space and time. Still it is perplexing that space seems so immanent while time is so conceptually elusive. Everything in any area of space is assumed to be real, but only things existing at present are thought to be real. Neither Napoleon nor my future grandson (should there be one) are considered part of reality. 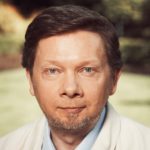 Humans experience time as passing, but metaphysicians point out this is an illusion – in fact the only actual moment is the present one. Time does not progress rather things progress through time. The belief that only the present is real is called presentism1. This is the view of Eastern religions and was the opinion of Marcus Aurelius when he wrote in his Meditations “We live only in the present, in this fleet-footed moment. The rest is lost and behind us, or ahead of us and never found.” It is also the foundation of Eckhart Tolle’s contemporary spiritual masterpiece – The Power of Now. The beauty of this belief is its simplicity and liberating effect.

Physicists however describe reality as existing across time. When the past, present, and future are seen as a seamless reality, it is called eternalism.2 Physicists see reality as ‘events’ which are described by four coordinates – the three dimensions of space and the additional dimension of the time of the event. Einstein expanded this view with his laws of relativity wherein space and time are recast as a fabric making up the universe. The fully developed theory redefines reality as a space-time continuum that can be seen almost like a loaf of bread with slices defining interconnected parts. Time then becomes one of four data points that define any physical event.

Physicists’ time has a forward direction – the arrow of time-  that is explained by the second theory of thermodynamics which states that all things in a closed system tend to disorder (increased entropy – think of shuffling a new deck of cards). At the scale of the universe then time progression is simply the increase in disorder of the system as a whole.

We cannot in this brief essay analyze additional features of time such as whether it had a beginning or is continuous. For our purposes, metaphysical time as the inviolable present moment serves well as our internal orientation to time, whereas the physicist’s concept of time defines our historicity within the universe. In our discussion of immortality we will next see if these concepts allow for a transcendental understanding of eternal existence.

1Carroll, Sean, What is Time? in Mysteries of Modern Physics, The Great Courses on YouTube.

2A third possibility is the growing block universe which accepts only the past and present as real.

One Reply to “TIME – PART II – THE METAPHYSICS OF TIME”