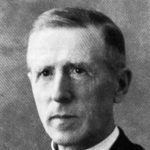 “What is finally the most revolutionary and fruitful aspect of our present age is the relationship it has brought to light between Matter and Spirit: spirit being no longer independent of matter, or in opposition to it, but laboriously emerging from it under the attraction of God by way of synthesis and centration. – Pierre Teilhard de Chardin, The Future of Man.

For those of us who find the arguments and warrants for belief in a soul unconvincing, we now reach the point of reconstruction. We have investigated the components of human existence which soul is presumed to explain and must now reconfigure them. Since the origin of soul belief is recognition that man in particular and reality in general seem to have two manifestations – physical and immaterial – we shall differentiate them first.

Physical reality is made up of matter which science tells us is subatomic particles (possibly themselves representing multidimensional strings of energy), that are compounded in steps into atoms, molecules, complex chemicals, visible matter, planetary and stellar bodies, and galaxies. It also includes intangible elements such as light, fire, electricity, magnetic fields, and gravity, which are not immaterial per se. Finally physical reality includes life, an emergent property of some complex organic matter..

Immaterial reality includes, mathematics, natural laws, ideas, thoughts, imagination, and possibly God. How real is the immaterial? Well, no perfect circle exists in nature, but the mathematics and concept of a perfect circle seem undeniable. We trust the laws of relativity are correct, but while the universe demonstrates its validity, the laws themselves are not a material substance. Neither ink on a piece of paper nor the sound waves of the voice of a reader are a poem, yet the poem seems real. We know the science of how an object appears red, but the mental qualia of redness cannot be seen on examining the brain.

There appear to be five general criteria to distinguish the physical from the immaterial:

These are self-explanatory except the last. All physical substances are unique; no two material beings are the same – no two trees, birds, cows, or people. In the case of atoms with identical structure, numerical identity is still assured – two hydrogen atoms are in fact two different entities with the same make up (except for deuterium of course). Immaterial reality involves universals – the circle is invariable and appears to have no existential beginning or end. ‘Horse’ is a universal; Secretariat is a particular, hence the ancient Chinese paradox: “a white horse is not a horse.”